The Magic of Now - A Virtual Magic Experience Find out more

How to perform under pressure-Part 1. 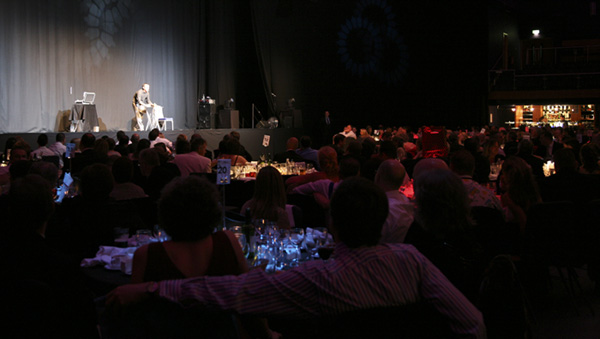 People often ask me the question, how do I deal with pressure? I do magic for a living, so how do I deal with the fact that it may go wrong? That I may build up to the crescendo of a trick and end up looking like an idiot? These are valid questions – and annoying ones when asked seconds before trying out a new trick, or indeed even doing an old one.

It’s not all about the magic

Of course I’m only using a magic trick to make this point but we all have to deal with pressure every day. We all undertake tasks which could have severe consequences if we get them wrong. We all have to perform to a certain standard or we may lose our jobs, not get paid, put the safety of our family or friends in jeopardy (especially if you drive or have kids) or, heaven forbid, look like a dick. If you think about it, we have to be pretty ‘on it’ to get through the day and most of us don’t really worry too much about it. But when given a new task that really matters, many of us choke or crumble. So back to the magic trick which, for a magician, has the ultimate in consequences if failure occurs, looking a bit silly.

I’ve had problems with fear of failure in the past and it has hindered my career and prevented my growth as a performer and human (yes the two are very slightly different). This irrational worry has caused me to ignore huge opportunities because ‘I wasn’t quite ready’ and, though it’s a lot better these days, it still rears its ugly head and messes with me every now and then.

My aim in these posts is to help others who may have had the same fears in work or life, these little nuggets have helped me massively and I hope you get something from them. Please let me know your thoughts.

Recently I did an after dinner show at a lovely wedding for a small number of people. I was to do 20 minutes before speeches. It felt a little like I was part of the speeches, on one of the most important days of somebody’s life. To make it worse, lots worse, there were only about twenty people – one of which whom, the father of the groom, was an existing corporate client.

For the first time in a while I had a bit of fear. Not the butterflies that are needed and will never go away, but fear. A dirty little voice in my head said something like “If you f*&k this up, the whole day is ruined. They will remember you forever, ruining a perfect wedding, in a castle”. I then switched off the voice and all was good (sorry about that, it would have been a better story with a disastrous ending but I have plenty of them for another time). I knew that if I focused on the importance of the show, I could choke.

It took a while to be able to do this and it’s easier said than done. It’s an aquired skill and can be learned by anyone with persistence. The main thing we have to do is perform like it doesn’t matter. And the more it actually does matter, the more we have to convince ourselves it doesn’t.

This seems to go against everything we know about what we do and it is indeed a paradox. Surely if we don’t care, we will perform badly? You would think, but after interviewing Olympic sports competitors, coaches and psychologists in his fantastic book, Bounce, Matthew Syed discovered this was a common thought process. Termed Doublethink, this quote from Sports Psychologist Mark Bawden sums it up

“In order to make the sacrifices necessary to reach world class levels of performance, an athlete has to believe that performing well means everything. They have to cleave to the belief that winning Olympic gold is of life changing significance. But it’s just that belief that is most likely to trigger a choking response. So the key psychological skill is to ditch that belief in the minutes before competition and to replace it with the belief that the race does not really matter. It is a form of psychological manipulation and it takes a lot of work”

Be in the moment

When I read this it was a real light bulb moment. I started thinking about many of my worst performances. They always occurred when my thoughts were focused on performing well and not screwing up. Right back to my Covent Garden days, I would sometimes be so worried about how the other performers would perceive me, that when I went out, nothing would flow and my audiences would dwindle. Even later when I was consistently pulling in large audiences, I would struggle greatly when people whom I knew, or even worse, a potential booker, came to watch the show. Conversely I would always do great shows when I was late and I just had to run on to the pitch or when I was hung-over and had no energy to worry.

A classic example are my two close-up magic competition performances. In 2009, in the magic circle close-up magician of the year competition, I did OK with second place. But in comparing that performance to others performances within my comfort zone, it is like watching two different people. My rhythm is completely out and I don’t look relaxed. My speech is even more rapid than usual and there is no sense of ‘flow’. In the middle of the performance I dropped the cups on the floor! (You’ll notice the edit). This had never happened in the 10 years I had been doing the routine. In every moment of that performance my mind is saying “don’t screw it up”. It is only the years of doing the same routine that got me though.

Similarly in 2012 I competed in Blackpool and this was even worse. I didn’t even feel like me up there. I was talking to the audience and my volunteer in a way that I would never usually do. And again I was thinking too much of the consequence of either success or failure. It was a passable performance but I was not for one minute in the state of flow that performers and presenters will recognise when they are having a good show. I was all over the place.

So we need to get into the habit of doublethink. Of knowing the importance of our performance in both work and life, and at the right time, just letting it go. Again from the same book Bounce we have a great quote from multiple World Snooker Champion Steve Davis-

“I’ve learned the art of playing as if it means nothing, when it means everything”

The key to this is to first make sure that we have the capabilities to perform well and that we have practised properly and effectively. This is what I will cover in the next post.

If you are not a performer, this may not seem relevant, but more and more often I have found myself going through this process outside of my performances. In business meetings, interviews, presentations and anything that requires preparation and a relaxed manner to communicate effectively. Performance isn’t just about being on stage entertaining people or competing in events, it’s about how well we perform outside of our comfort zone and if you don’t find yourself outside of your comfort zone very often, give it a try you may find yourself achieving something that you always wanted to do.

Also do the stuff below to make me feel special

Have a lovely day and thanks so much for reading.

0 response on “How to perform under pressure-Part 1.”

How to perform under pressure. Part 2

How to perform under pressure-Part 1.

People often ask me the question, how do I deal with pressure? I do magic for a living, so